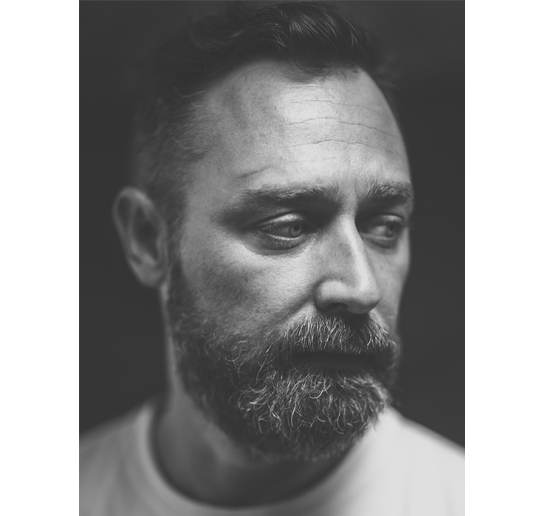 ADD FUEL is Portuguese visual artist Diogo Machado (b. 1980). With a degree in Graphic Design from Lisbon's IADE – Creative University, he spent a few years working in design studios in Portugal, followed by an eight-month stint in Munich, Germany. Since 2007, he has been focusing exclusively on his artistic work. Starting out under the full name Add Fuel to the Fire, he first created a dark yet exuberant visual universe populated by a cast of slimy, eccentric and joyful creatures, influenced by a variety of interests ranging from video games to comics, animation, sci-fi, designer toys, and urban visual culture.

In 2008, fascinated with the aesthetic possibilities of symmetrical patterning and tessellations, he shortened his moniker to Add Fuel and began redirecting his focus towards working with and reinterpreting the language of traditional tile design, and that of the Portuguese tin-glazed ceramic azulejo in particular. Effortlessly blending these two seemingly-irreconcilable visual idioms, his current practice seeks to combine traditional decorative elements with contemporary visual referents into new forms that reveal an impressive complexity and a masterful attention to detail. If, on the face of it, his work in small and medium sized tile panels, large-scale stencil and freehand painted murals, and print editions might seem simply a pastiche of classic formalism, a closer inspection rewards the viewer with a chaotic world of unequivocally original motifs and characters brimming with deep emotions.

Creating balance and harmony from symmetrical repetitions, a build-up of layers and techniques of visual illusion such as trompe-l'œil, his multi-layered patterned compositions produce a poetic rhythm that plays with the viewer's perception and the (multiple) possibilities of interpretation. Exploring a wide range of both manual and digital techniques in the fields of drawing, painting, ceramics, and printing, his practice expresses a sophisticated dialogue between the old and the new, between heritage and modernity. Besides the numerous public art interventions he has been creating in various countries, he has also been showcasing his work in solo and group exhibitions in reputed galleries and museums. Diogo Machado lives and works in Cascais, Portugal. 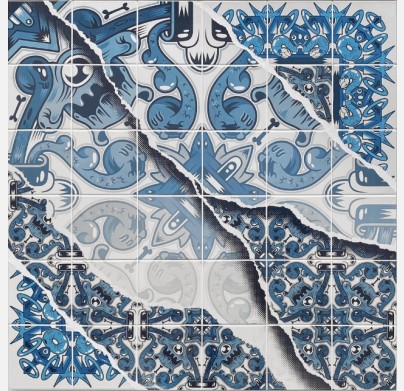 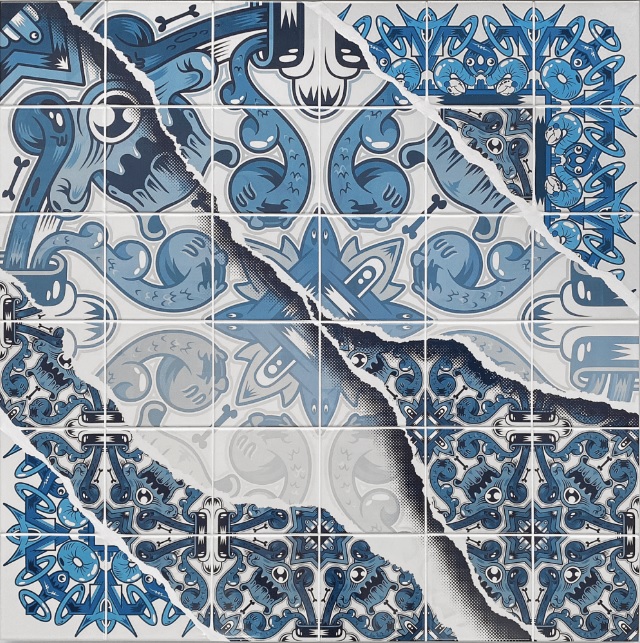 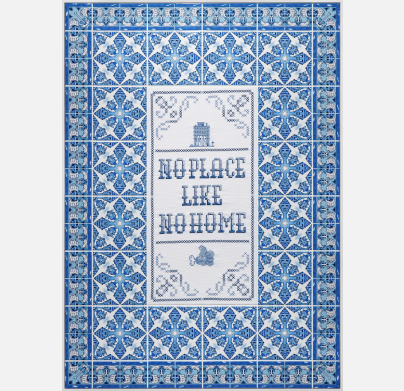 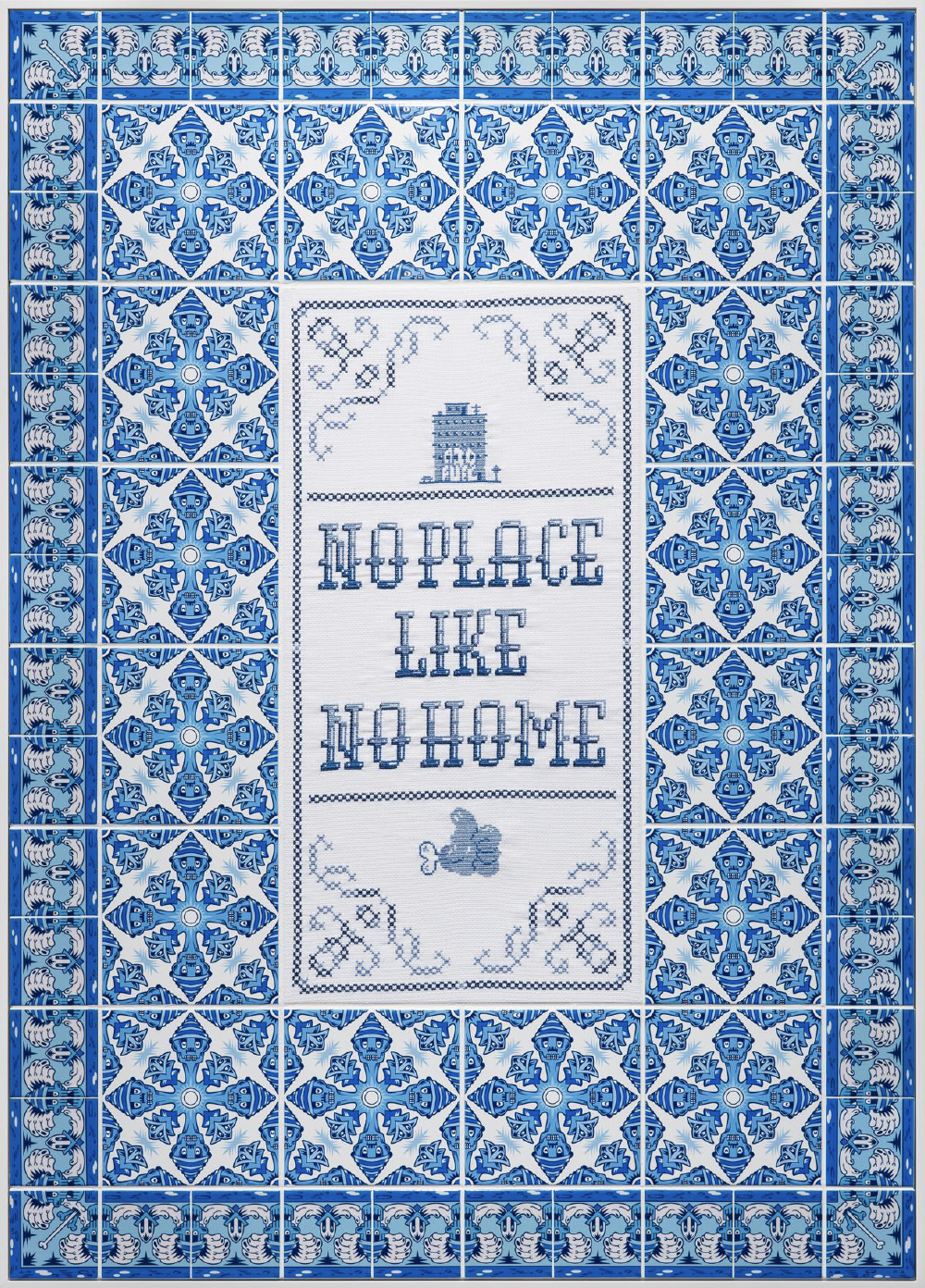 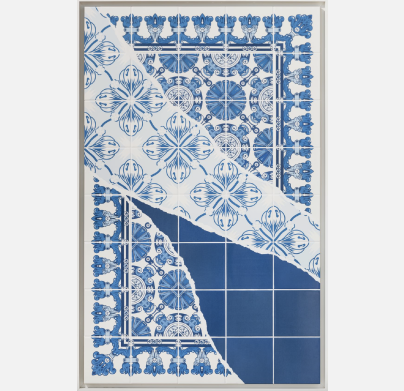 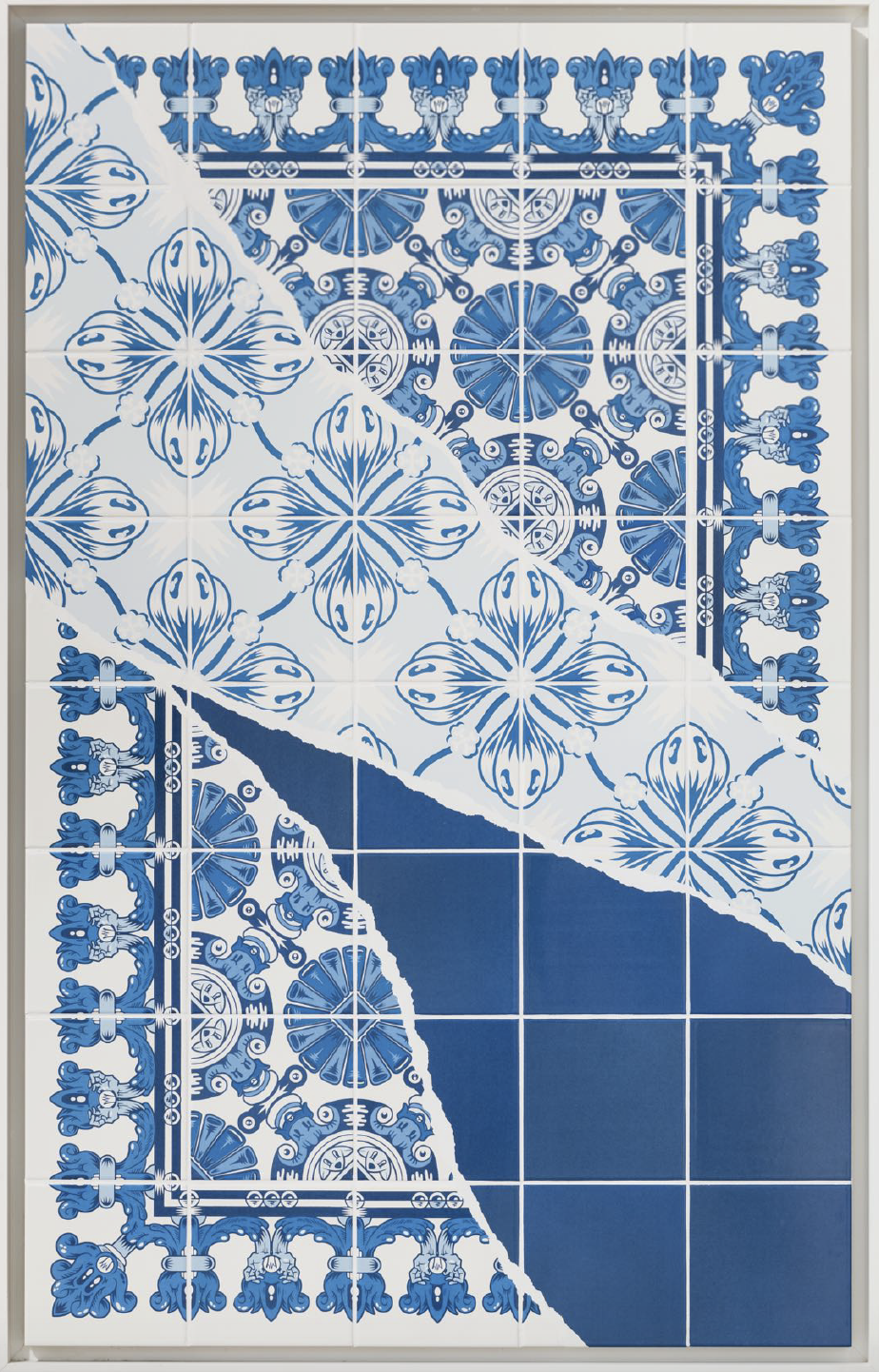 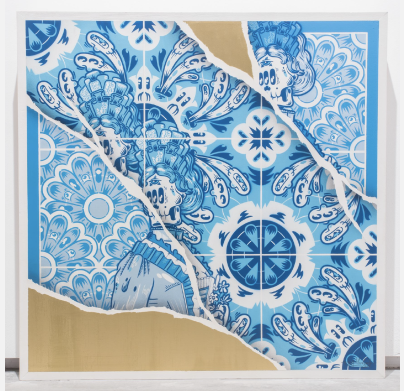 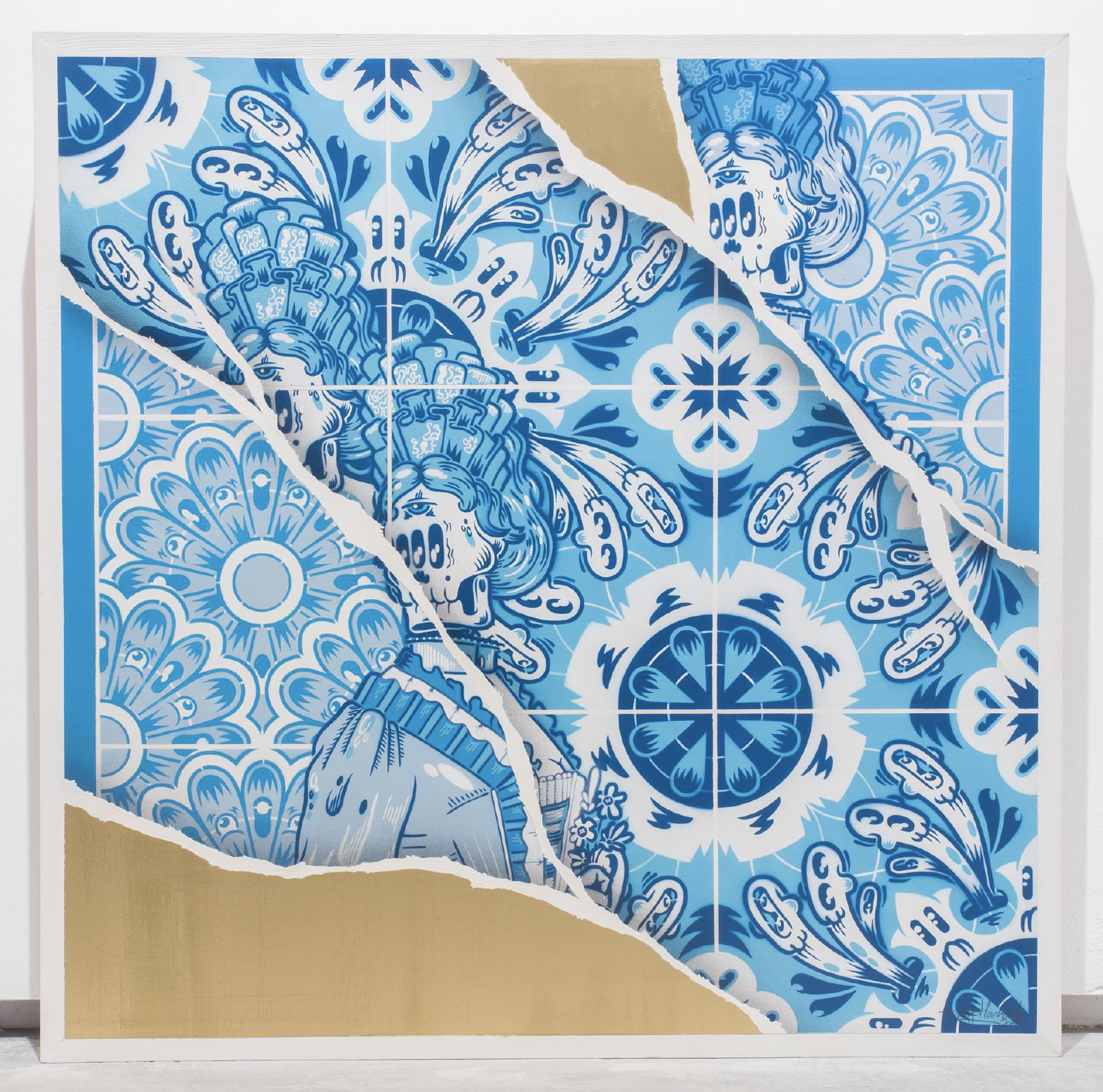 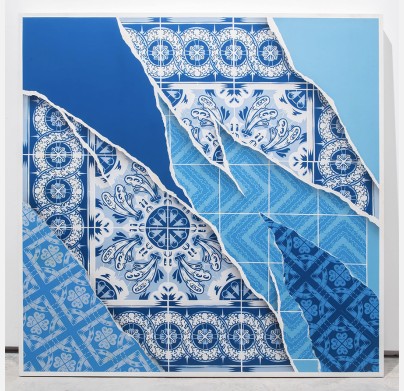 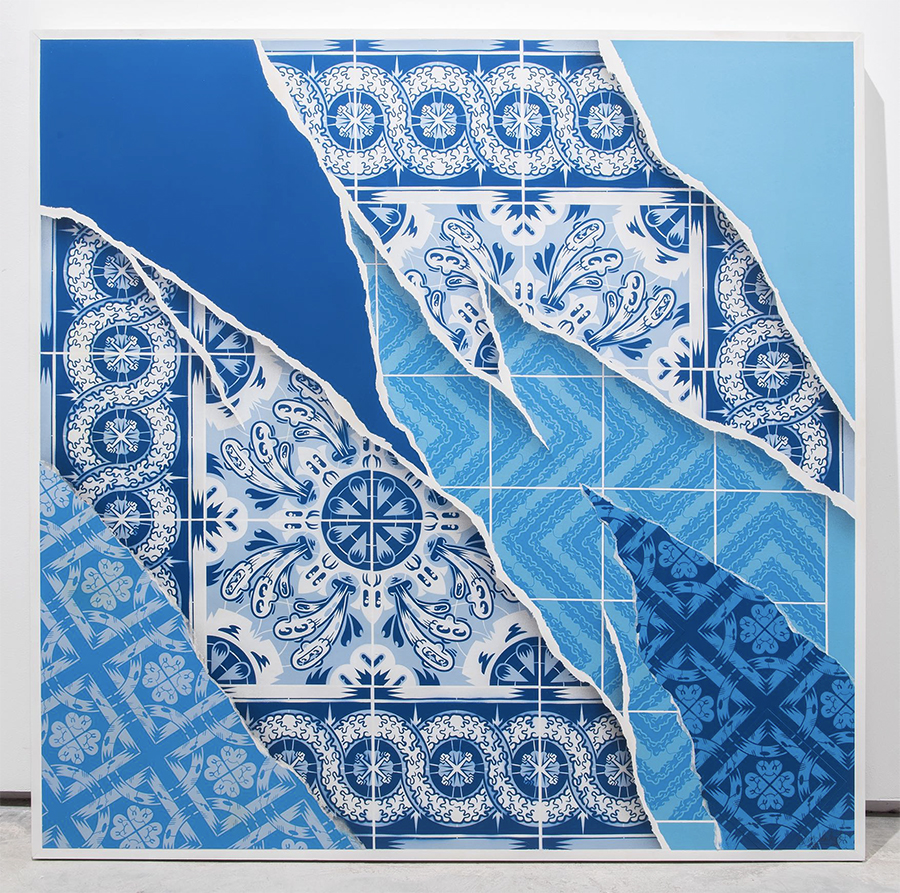