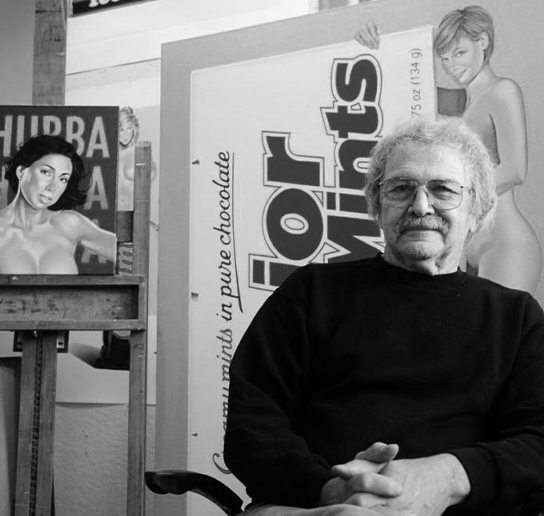 Born in Sacramento, Calif. in 1935 he has enjoyed great success and critical acclaim as an adventuresome artist with the creativity and sense of humor it takes to remain on top. Mel Ramos received his first important recognition in the early 1960s. Ramos, along with other artists such as Andy Warhol, Roy Lichtenstein, Claes Oldenburg and James Rosenquist, produced art works that celebrated aspects of popular culture as represented in mass media. His paintings were shown along with theirs in major exhibitions of Pop Art both in this country and in Europe and were reproduced, often with irony, in books, catalogs, and periodicals throughout the world.

Though primarily a figurative painter, Mel Ramos has experimented freely with realist and abstract art forms for the past twenty years. A few of his works, such as the ones here, embody both formats. This combination works to enhance the detail and feature of each format while detracting from the duality of the image making it wholly singular.
The popularity of his works is evident in the fact that since 1959 he has participated in more than 120 group shows.

Some critical observers of the "art scene" persist in classifying Mel Ramos as a Pop Artist. His identification with the Pop movement of the 1960's was much too narrow to account for the broader context of his paintings. His humor is not satire of ridicule. His artistic "parodies" are respectful, affectionate tributes, a celebration of images with personal meaning.

Due to Ramos' focus on the nude from 1966 onwards, Ramos and Tom Wesselmann were prudishly absent from many exhibitions and museum collections of that period. Presently, there has been a strong market resurgence and demand for both of these innovators.

Ramos was able to develop an independent Pop style with heavy brushwork as inspired by his mentor Wayne Thiebaud. Thus, one major difference that emerged between Ramos and the other Pop artists was his use of very thickly applied oil paint on canvas as opposed to the very flat and featureless surface of all the others. 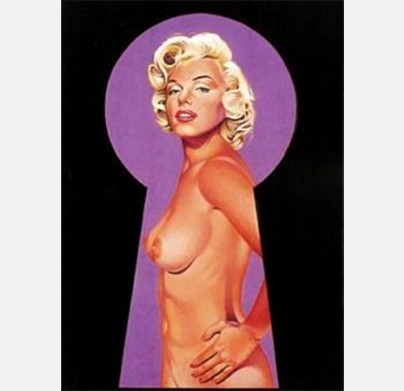 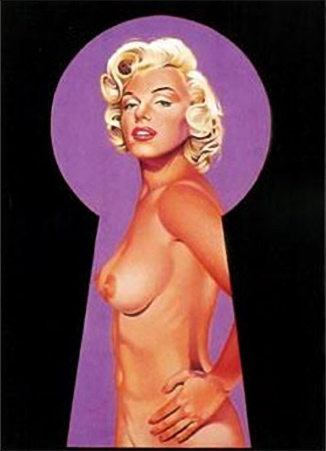 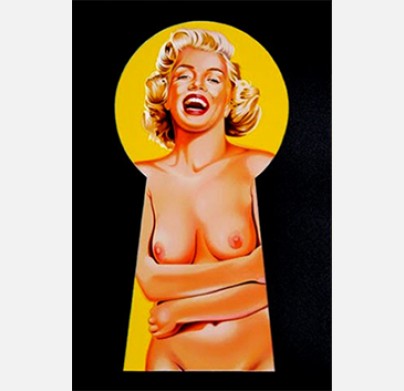 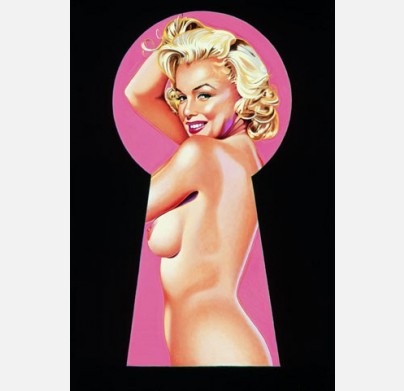