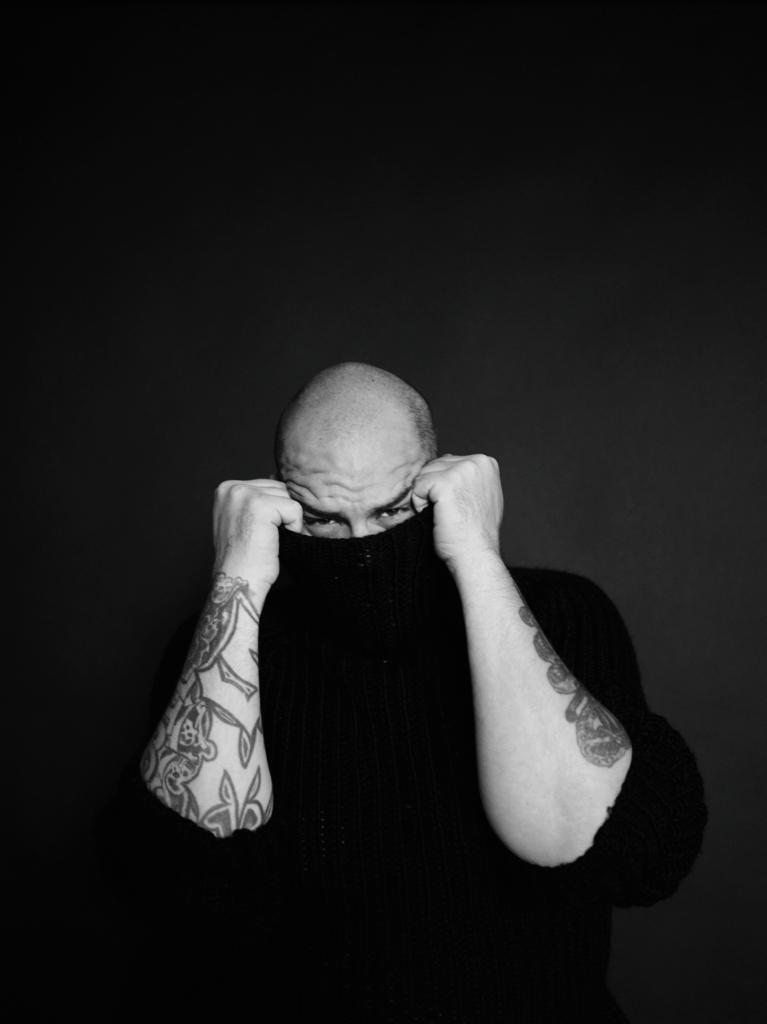 Born in 1979, Dok is a major and emblematic figure of the French graffiti scene. He began his career during the 90s, in full expansion of the French graffiti scene, by tagging the walls of the capital, in the company of the famous Kiss and Eyone. He quickly joined the UV and TPK crews (considered at the time to be the most radical and prolific groups in Europe), recognized for their prowess in Ile de France.

In 1996, he founded what would be the foundations of the NWS group. Becoming an emblematic figure of the Parisian ,and later Marseille graffiti scene, Dok was able to illustrate himself in videos such as Ultimates Videos 1 and 2 and Sous-Surveillance. It is also found in many street art magazines and graffiti books including After Eight.

Because street art is an environment with very specific values and codes, it is rare to hear about Dok's past, who prefers to remain in the dark, like most artists of his generation. However, what is certain is that he knows all about this art, as he has spent 15 years of his life sharing its story on walls and trains across Europe, putting his signature alongside those of many artists.

Today, DOK lives in Marseille where he works on canvas.

DOK was introduced to the Arabic gum at a young age thanks to his grandfather who was a watercolor artist and it was natural that he later turned his technique to adapt it to graffiti calligraphy.

DOK uses Arabic gum as a liquid stencil, this multitude of shades brings depth to the canvas between the background and the lettering. DOK then reworks with paint and spray to accentuate the relief and give the impression that the letters stand out as weightless. It is a technique he took several years to develop and only he has mastered. This allows him to keep the spontaneity of the gesture, the dynamic of the calligraphy and to put a lot of emotion into it.

DOK met Keith Haring at a very young age at Necker Hospital in Paris, which influenced him a lot because he is for him the precursor of Pop Art and Street art and pays tribute to him in his works. 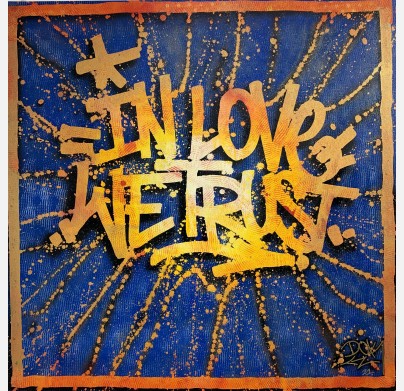 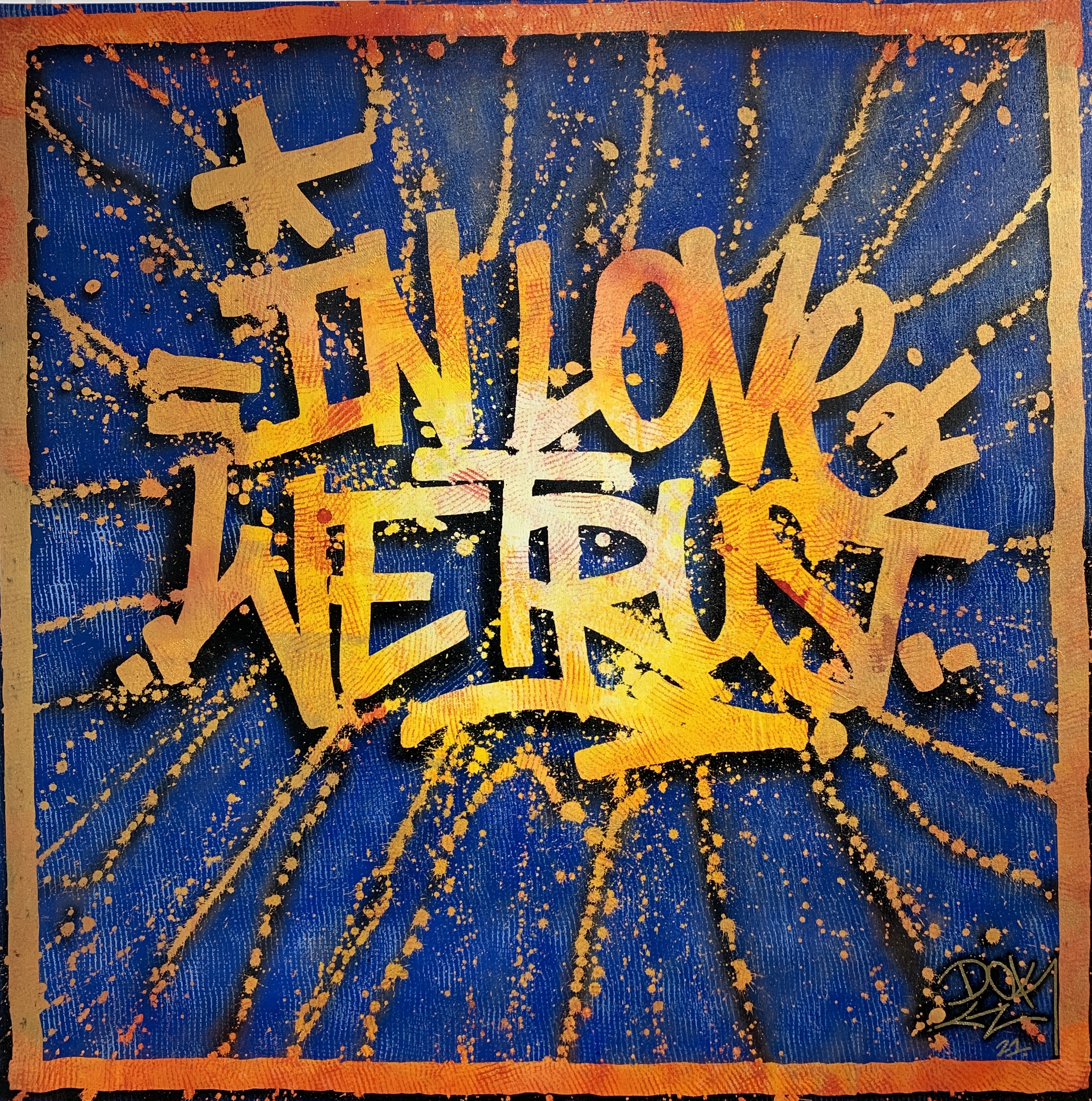 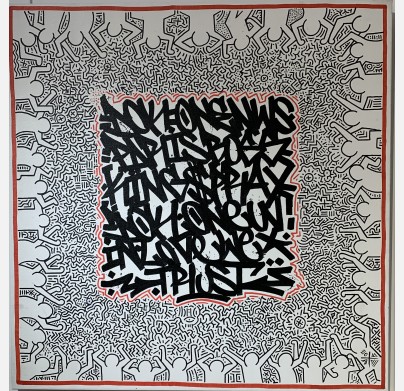 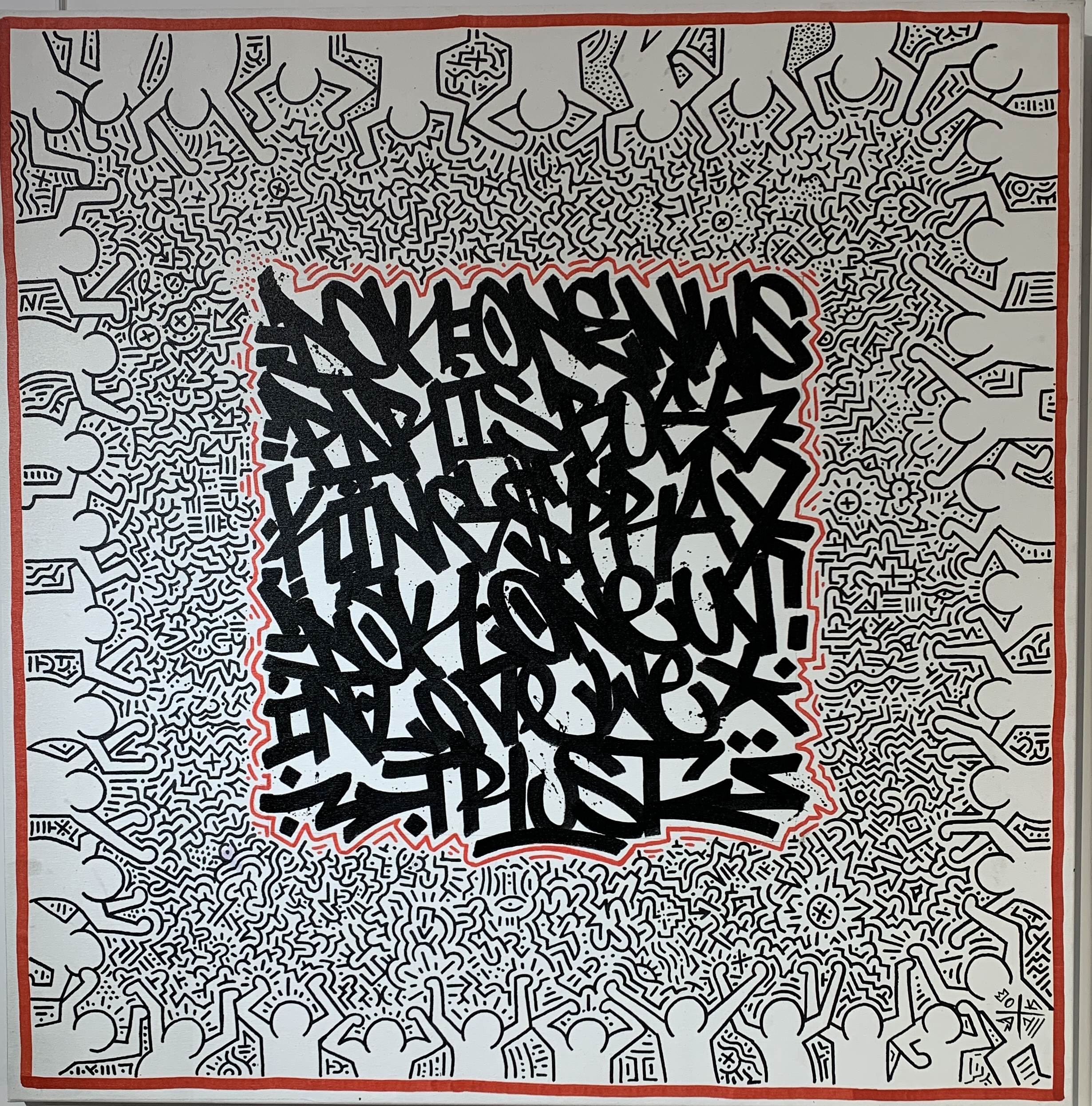 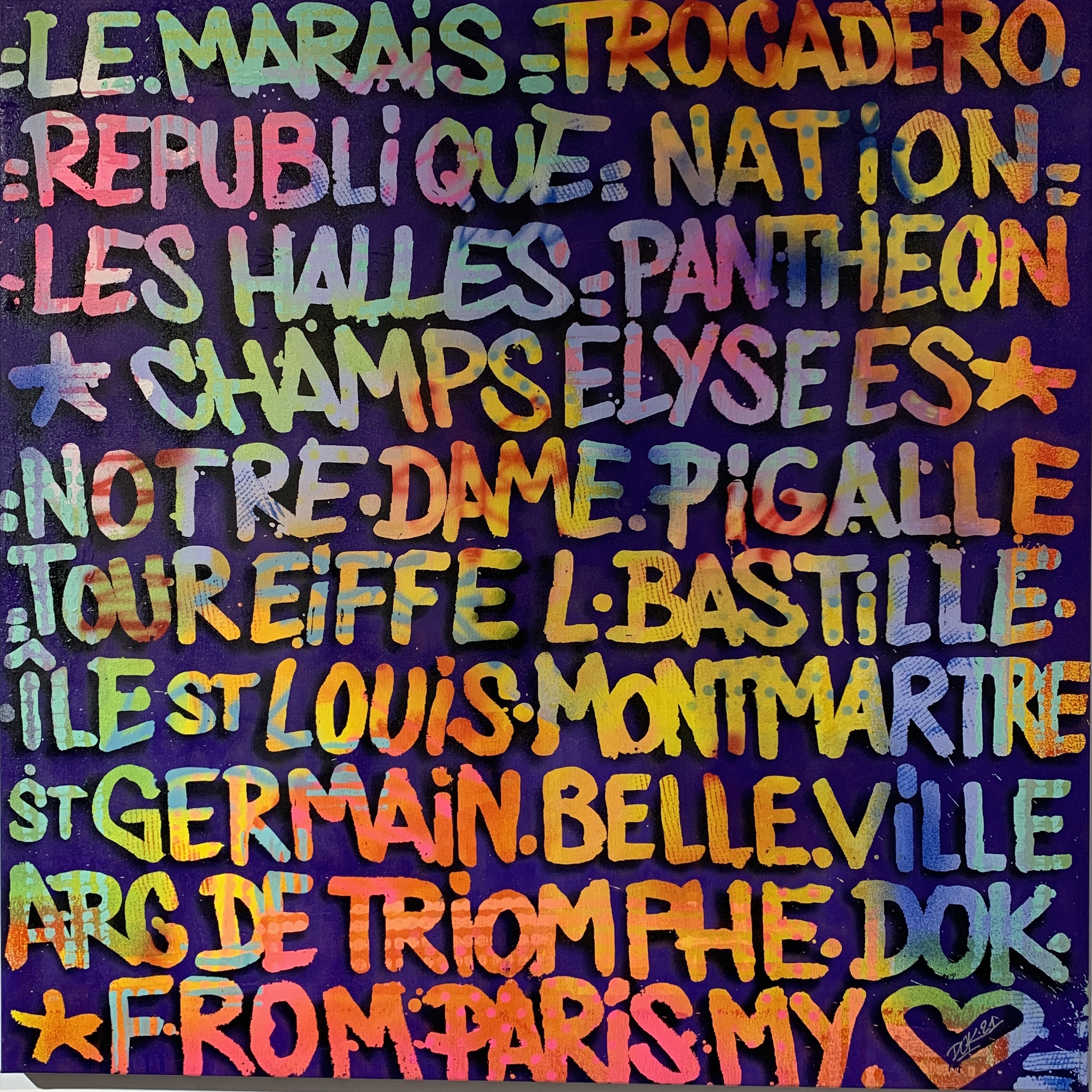