George Morton-Clark, a British artist, utilises oil, acrylic, and charcoal on unprimed canvas to bring familiar cartoon characters to life. With a combination of bold images and strong colours, his line drawings are immersed in an abstract atmosphere of energy and liveliness.

After studying animation for 3 years at London University, he attended the Surrey Institute of Art and Design. Once he completed his Bachelor of Arts, he left to pursue a career in art but animation remained a strong influence in his craft.

Morton-Clark guides us into his energetic work with an interesting combination of three elements: intense colours, spontaneous drawings, and nostalgic cartoon characters. His work may seem simple at first glance, just a straightforward fusion of cartoon characters and abstract components, yet something striking lies in the midst. The artist’s rich imagination and sensibility are freely expressed; he is not restricted by a single genre, and all kinds of colourful materials naturally communicate their allegorical stories to those viewing his work.

Morton-Clark adds originality and story to already familiar cartoon characters, and through this, they are reborn with a newfound sense of vitality and meaning. He is wary of complacency and constantly strives to move his work in a new direction. This results in his art becoming a mixture of a variety of styles—abstract elements mingling with figurative, and expressionistic techniques also adding to the diversity represented in his work. Morton- Clark uses the natural, unprimed surface of his canvas as a place to bring well-known characters such as Mickey Mouse, Donald Duck, and Tom and Jerry, to life. They are drawn in such a way that embodies both the charm of a painting that is finished and one that is still in progress. Even the chaotic, exaggerated portions of his work are expressed with such a natural frankness that they are transformed into positive elements that inspire vitality and liveliness.

Another element that catches the eye is the numerous characters that continuously make appearances in his paintings. Their large eyes stare at us from the canvas, in a striking and overemphasised fashion. Their gazes are enough to evoke a collection of emotions; everything we feel and express. Whether they are conveying surprise or fear, or if they are actually a representation of the artist’s eyes, is unsure. Nonetheless, we are engulfed in a state of curiosity which the artist responds to with an ambiguous simplicity. His artwork is simply a gift to the viewer; a small window of relaxation and simple enjoyment that the viewer can use to imagine to their heart’s content.

Morton-Clark’s work, which has been highly praised by Dr. Rolf Lauter, former Chief Curator and Deputy Director of the Museum für Moderne Kunst in Frankfurt, Germany, emanates humility and candour: “To appreciate his work properly, one must take in the contents splayed upon the entirety of the canvas, instead of looking for a hidden meaning behind them. Rather than presenting a grand, elaborate theme about our time, and trying to integrate himself into some section of Art History, he presents pieces that resemble comfortable and fun times spent laughing and talking to close friends.”

Morton-Clark’s works are large and bold canvases made with oil and acrylic within a contemporary abstract form. He takes his inspiration from films, music, his travels and pop imagery. 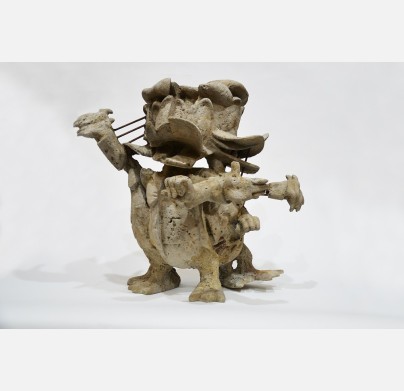 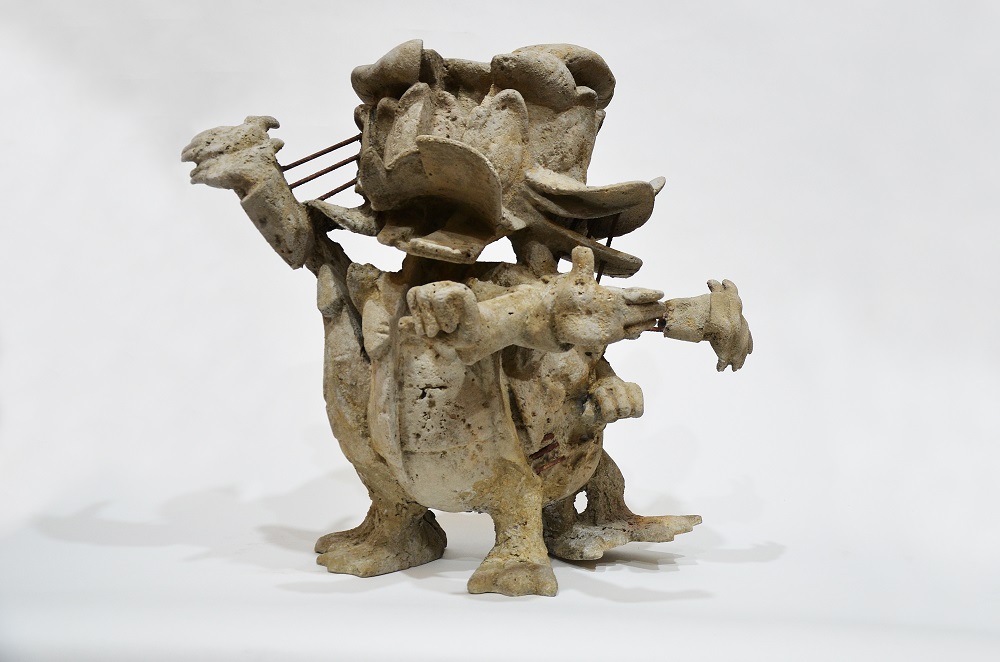 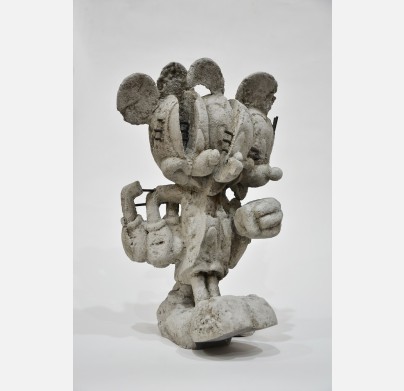 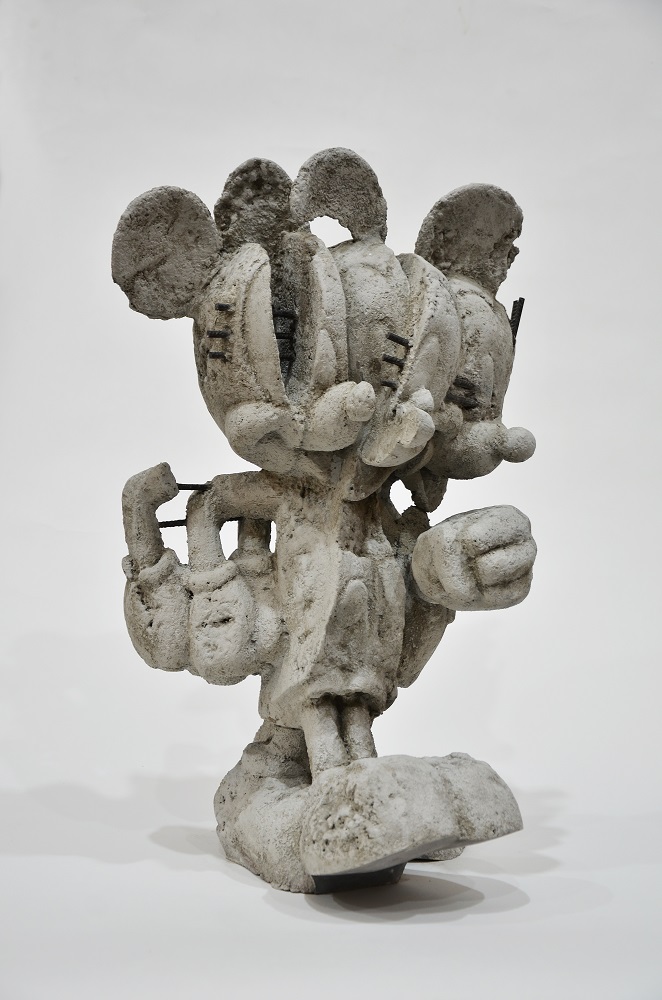 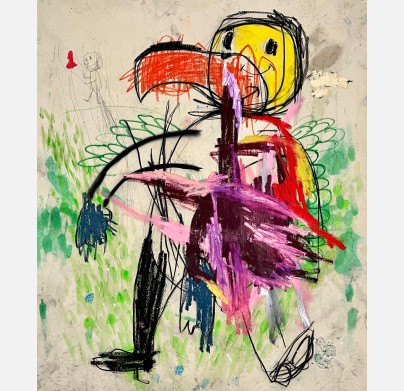 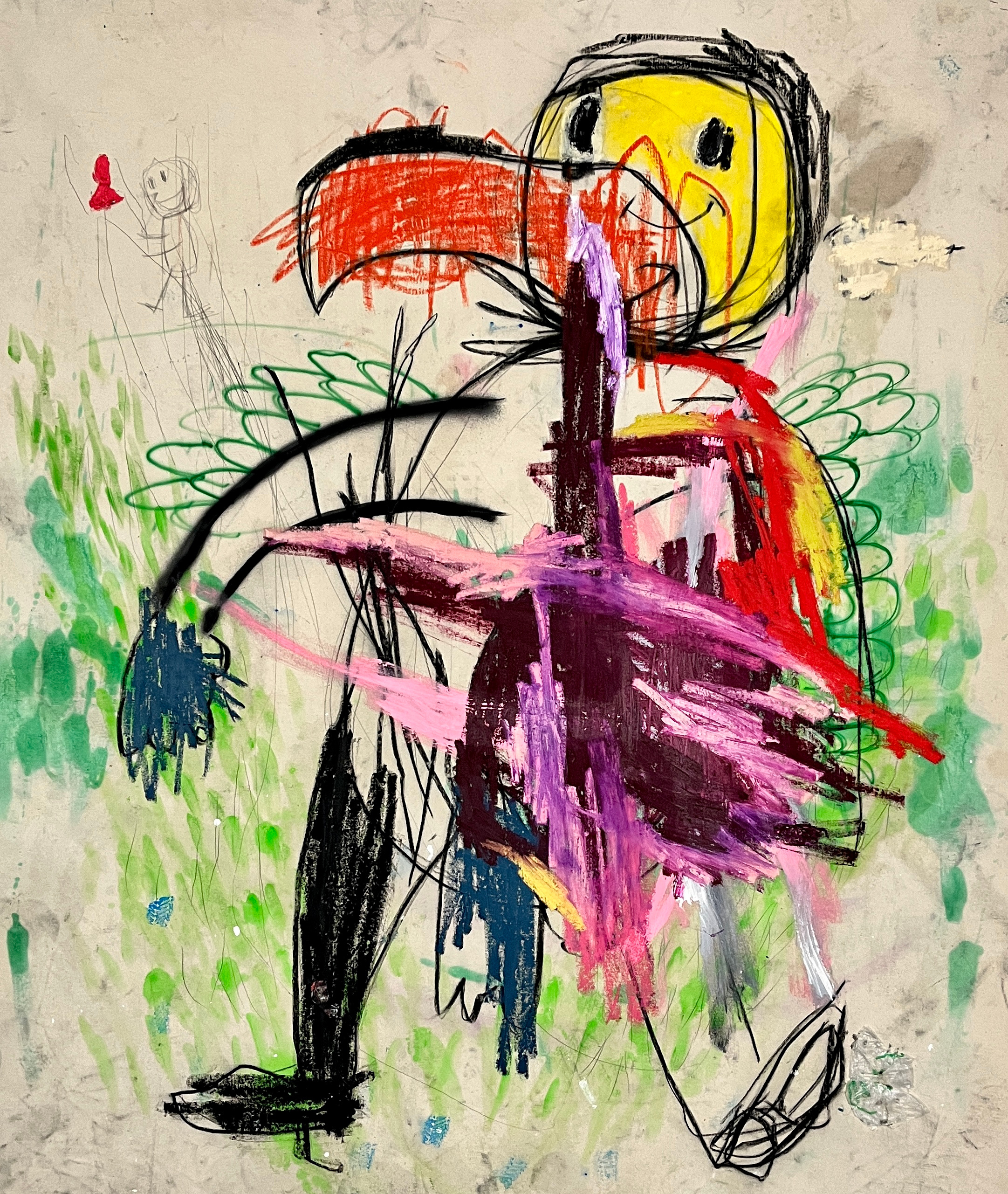 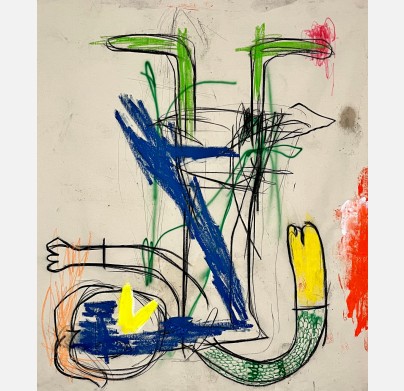 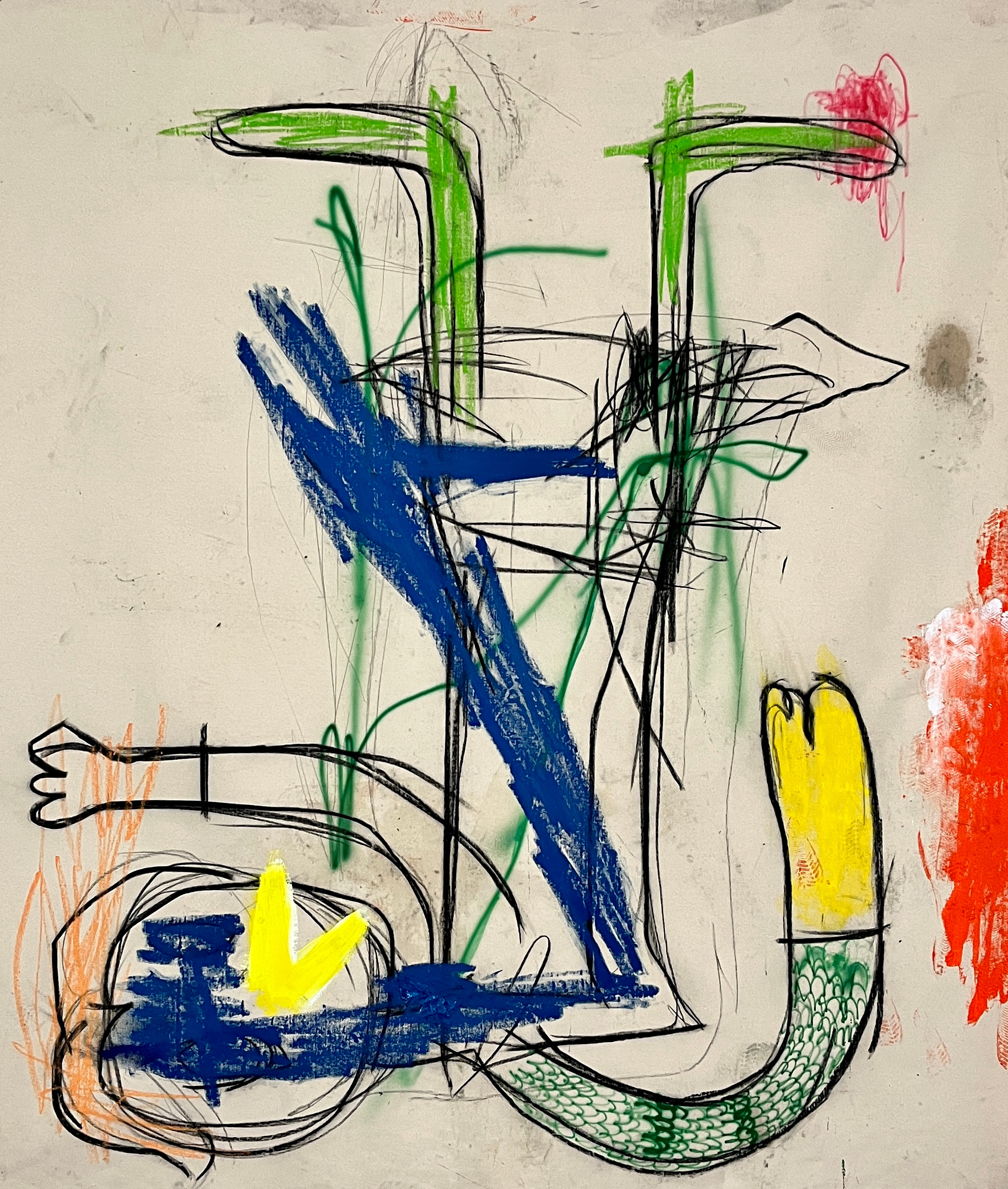 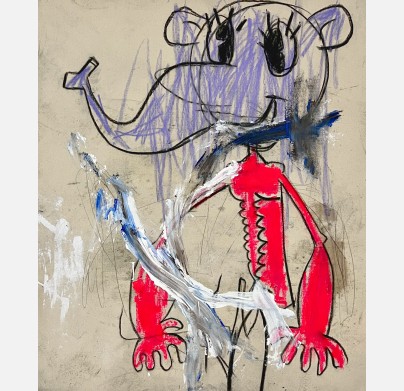 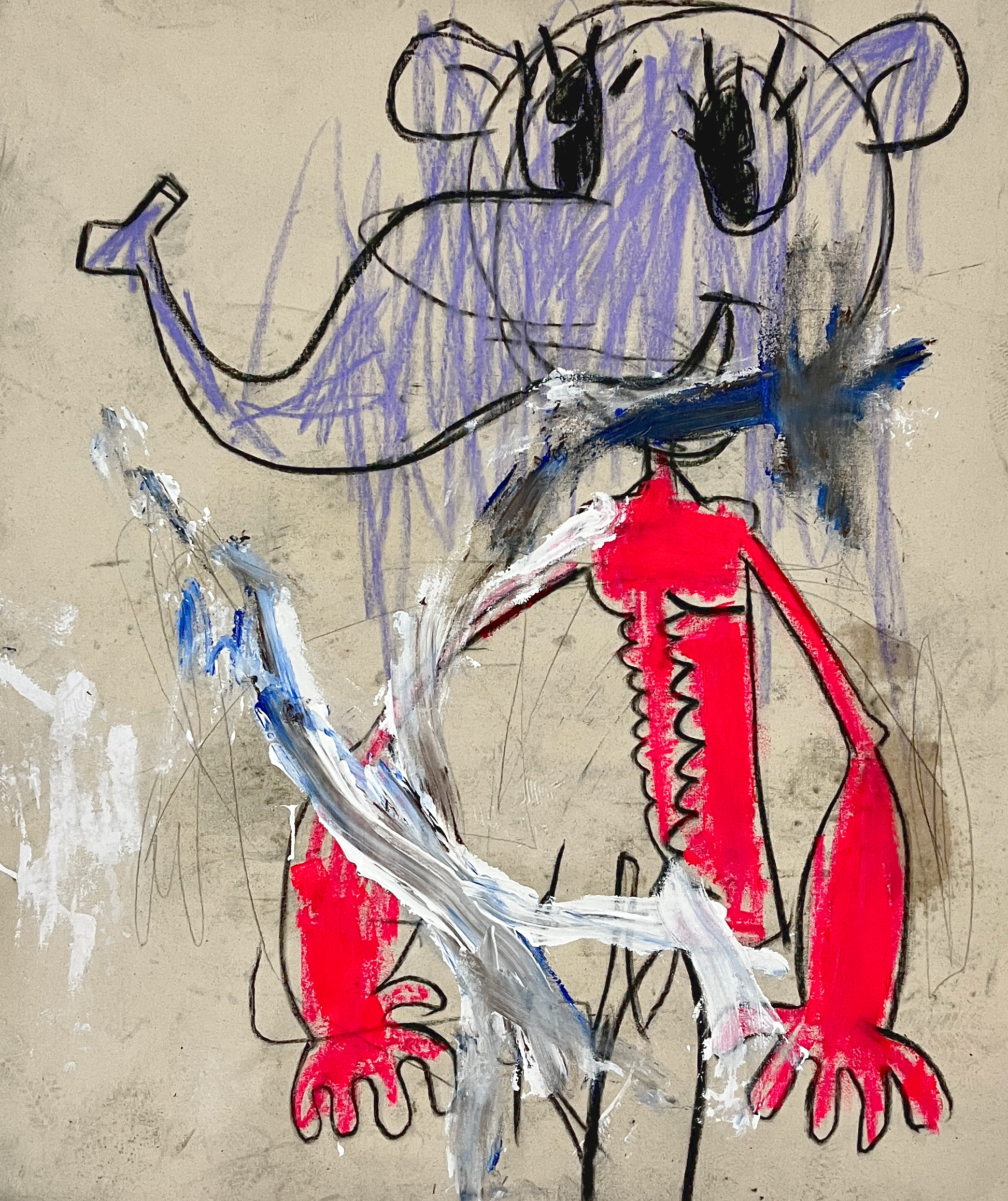 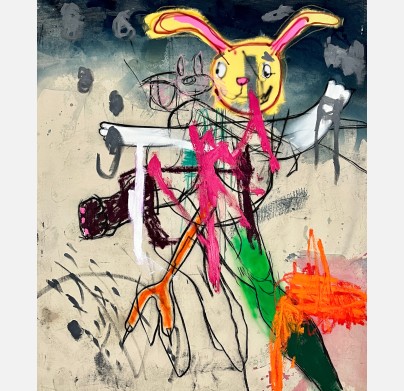 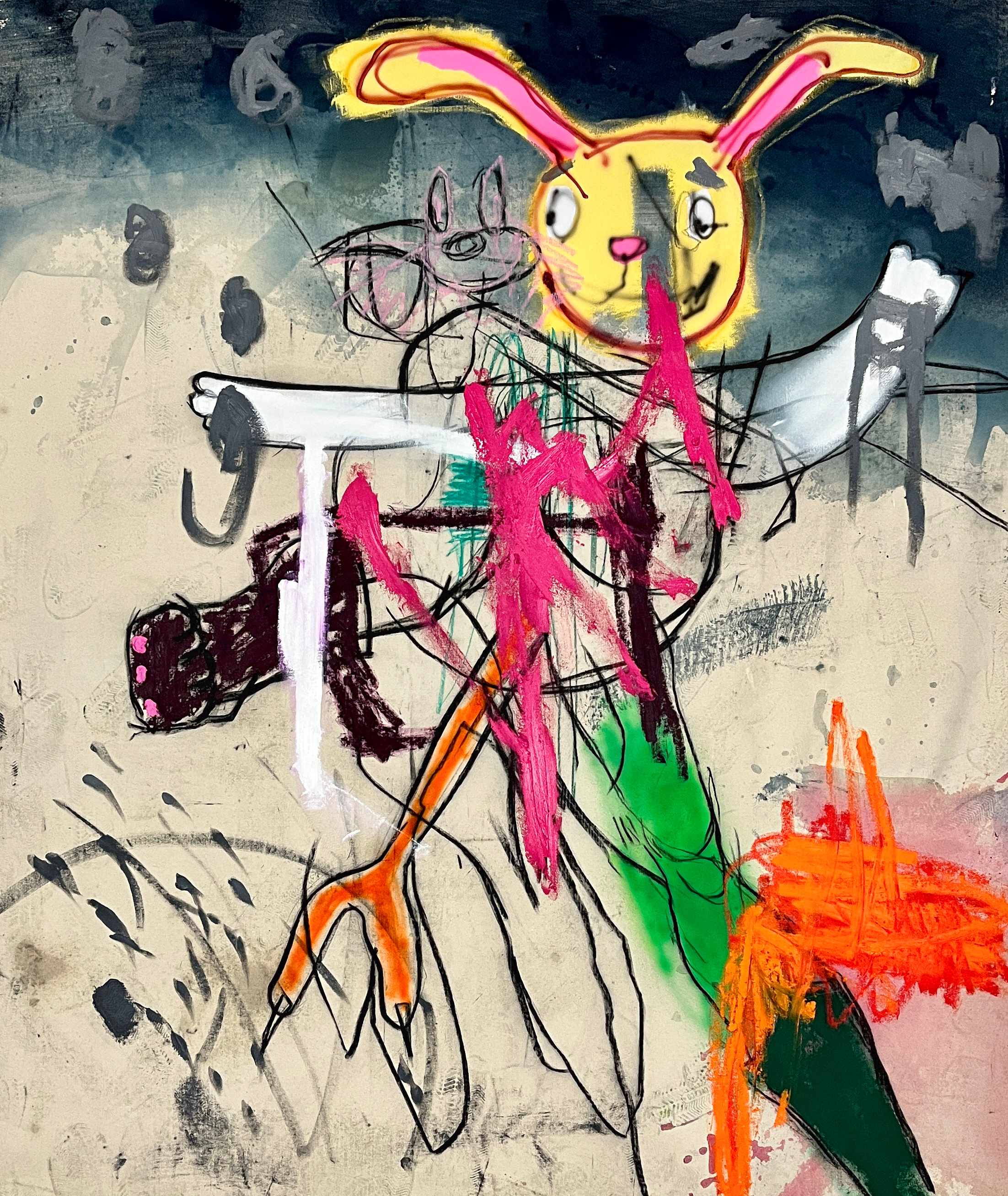 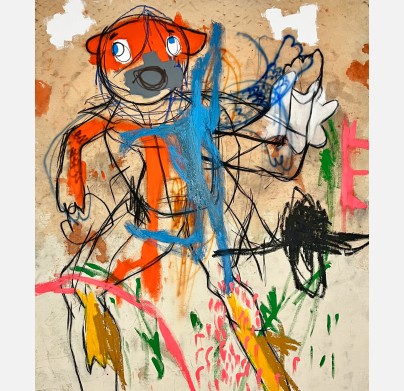 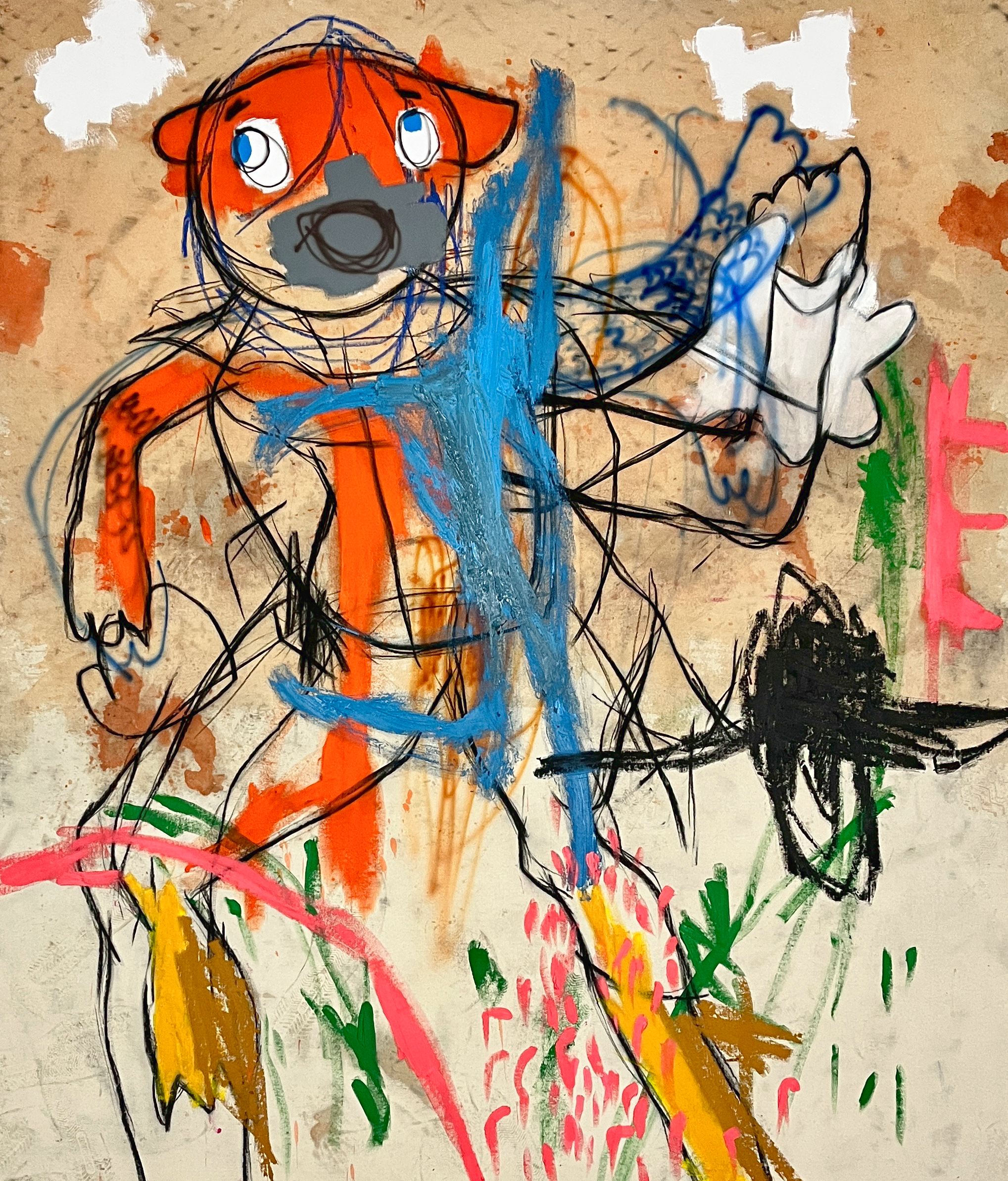