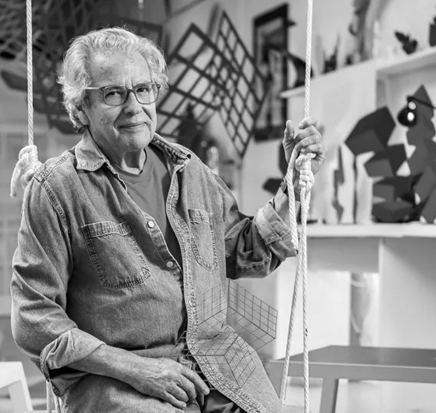 Rafael Barrios was born on November 22, 1947, in Baton Rouge, Louisiana, to Venezuelan parents. His childhood upbringing and elementary education took place in Venezuela where he studied from an early age, drawing and art at the Museo de Bellas Artes in Caracas. A prodigy, by the age of 16, Barrios received a prestigious national award granted to young artists — the Premio Nacional de Pintura Juvenil.

Barrios’ passion for art and confident talent allow him to complete his education at Ashbury College in Ottawa, Canada, graduating with an art medal. During the period, he won a scholarship from the iconic advertising agency J. Walter Thompson International to study two careers simultaneously, Art, and Communication / Design at the Ontario College of Art in Toronto, from which he graduated honored with The Mclain Foundation Scholarship. He later completed a master’s degree in studio art and philosophy from New York University, thanks to a government scholarship.

During a career approaching 40 years, Barrios has participated in more than 100 exhibitions, both solo and group, in important art centers throughout the United States, Europe, Latin America, and the Middle East. The artist’s impressive sculptures reside in permanent collections at the Art Gallery of Ontario and the Carmen Lammana Foundation, both in Toronto, as well as the Sofia Imber Contemporary Art Museum in Caracas, to name a few.

In addition, his sculptures are found within top private collections such as those of two titled European royals — the King of Spain, Don Juan Carlos de Borbón, and Germany’s legendary “Punk” Princess and celebrated collector, Gloria von Thurn und Taxis.

Since its very beginning, Rafael Barrios’ sculpture has been characterized by its alteration of the observer’s perceptive mental state, manipulation of form with the intention of dislocating convictions, and upturning expected visual conventions for the viewer.

Indeed, Barrios traverses a territory where the laws of gravity do not exist — one in which objects rise freely over themselves and where volume moves into space. Within this frame, the artist destroys our false beliefs about what is possible, and we begin to doubt our ties to the terrestrial.

Barrios has been recognized as a revolutionary contemporary Latin American artist: He is the founder of Virtualism, a movement and philosophy that his sculpture exemplifies. The artist describes the properties of Virtualism — “the creation of visually participatory pieces that dislocate events within our perception. Even volumes are virtually modified in form, depending on distance, the shifting position of the observer, and the changes in light throughout the day.” 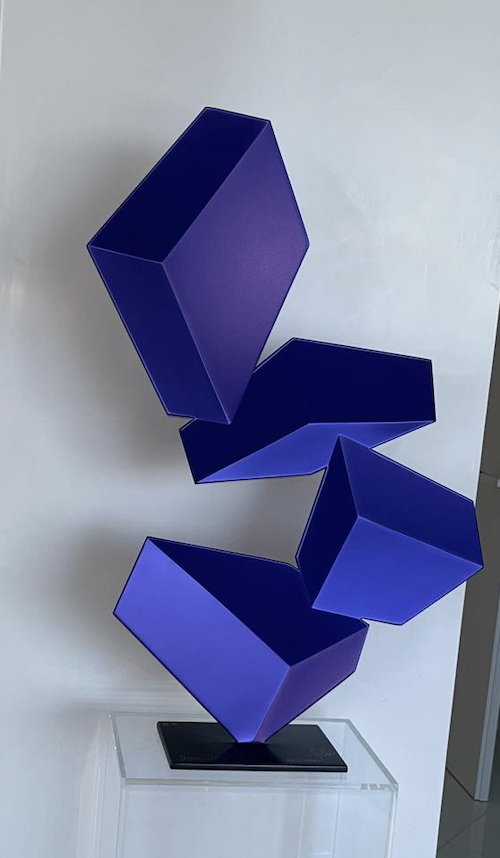