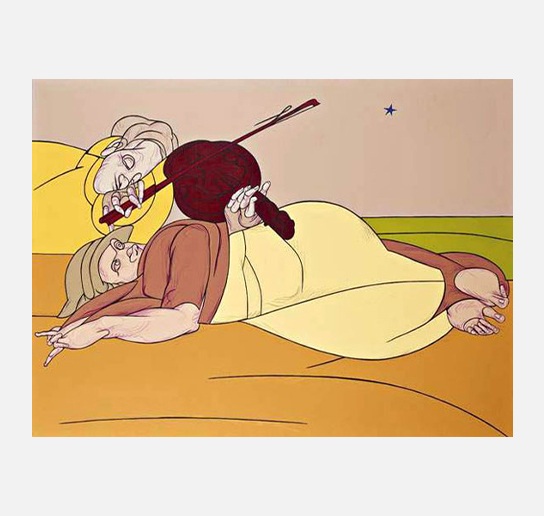 Born in Bologna in 1935, Valerio Adami studied painting at the Brera Fine Arts Academy of Milan from 1952 to 1954. By the age of 28, he was travelling the world and displaying his works all over the continents in Cuba, Mexico, Argentina, Israel, France, Spain and Japan. By the end of the 1960s, Valerio Adami had become one of the major artists of the New Figuration Movement.

Several retrospectives of his work occurred, at the Centre Pompidou in Paris in 1986 and at the Boca Rato Museum of Art in Florida in 2010. The artist also created important mural paintings on famous buildings including the First National City Bank in Madison, United States, the foyer of the Théâtre du Châtelet and the Austerlitz hall’s station in Paris, France or the Park Tower Hotel in Tokyo, Japan.

The artist has developed a unique style, his own graphic aesthetic inspired by the French ‘Cloisonnisme’ movement: his works are made of shapes strongly encircled by a thick black line and painted in pure color tones, reminiscent of the drawings that can be seen in cartoons or commercials. 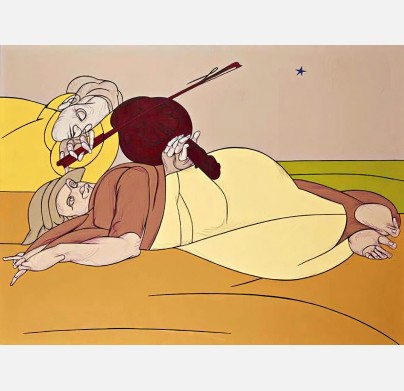 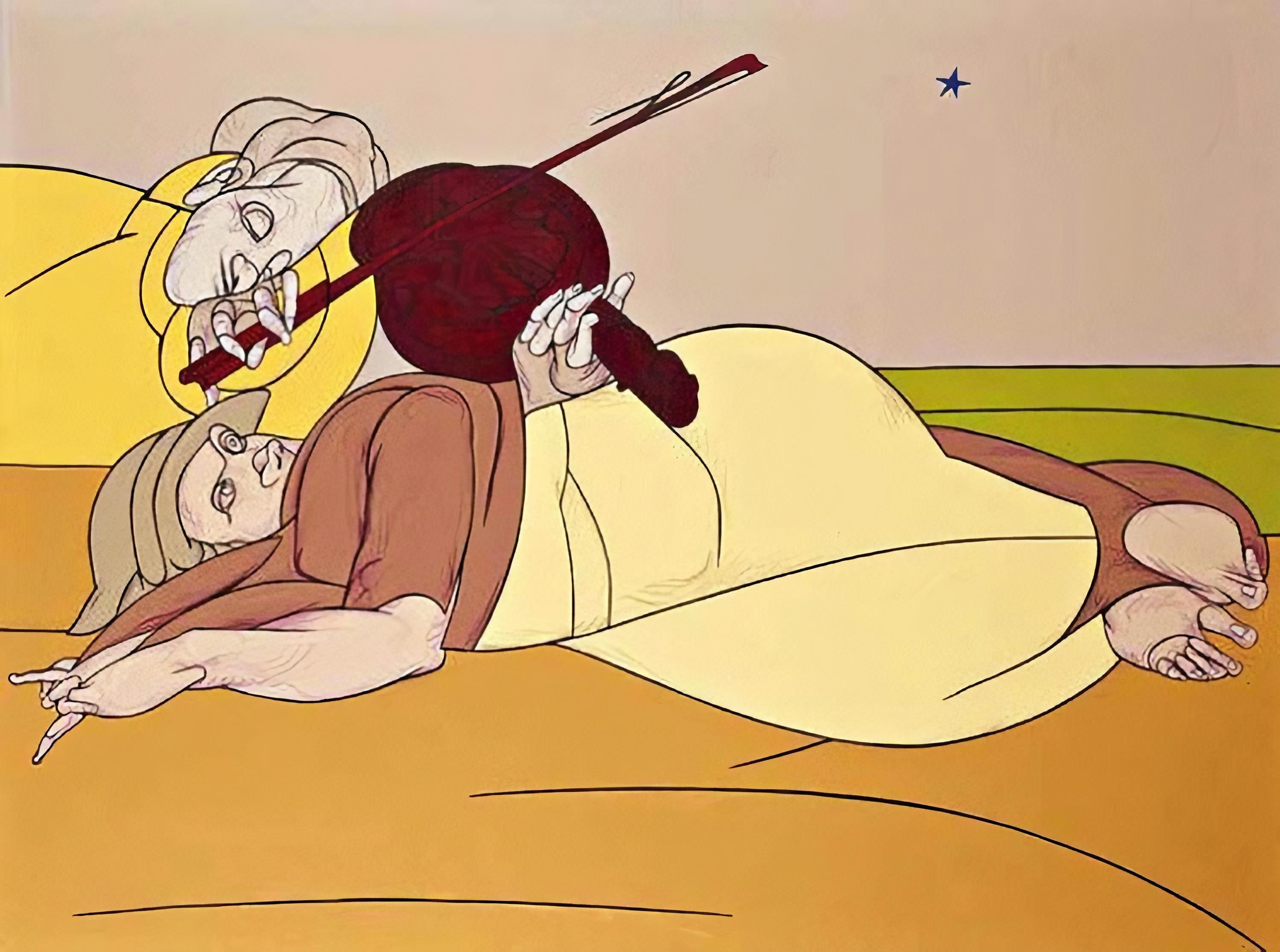